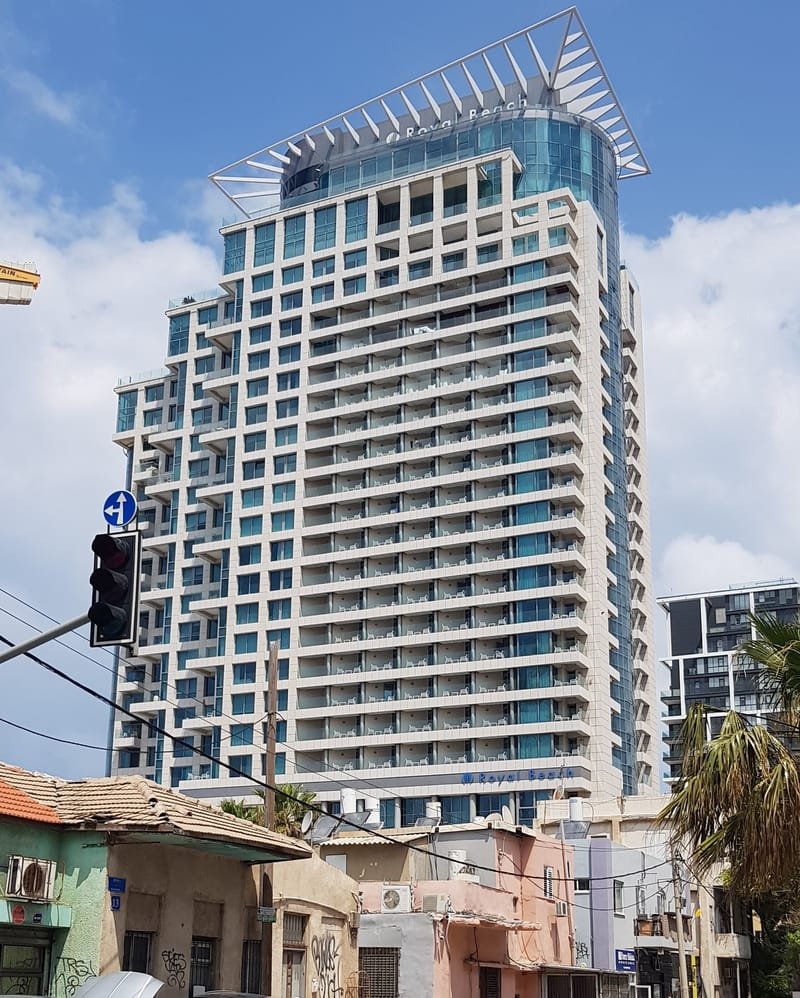 Day 2:
A great place to learn where Israel's variability of Cultures, Colors and Religions started, is to go to the ancient port-city Jaffa, which is now a part of the "City that never sleeps" – Tel Aviv! In Jaffa we will stroll through the small, winding alley-ways, look at some of the local galleries which made Jaffa famous, and hear some of the stories of different people who acted in Jaffa, like Greek Andromeda, King Salomon, St. Peter and Napoleon Bonaparte… We will continue at Tel Aviv's Carmel Market, where Orient and Occident meet in a kaleidoscope of colors and scents… We leave Tel Aviv  and drive to "The Land of 1000 Caves" – Beth Guvrin, where we visit a variety of man-made caves, which made the site a UNESCO World Heritage Site. We end the day in yet another spectacle of colors and forms at the Absalom Stalagmite and Stalactite Cave, the cave that is considered as the cave with the biggest variety of Stalagmite and Stalactite types. Overnight at  ISROTEL Royal Beach Tel Aviv

Day 3:
We leave Tel Aviv, but keep driving along the coast of the Mediterranean Sea to Caesarea Maritima, a magnificent Port City built by King Herod the Great as Judea's major port, competing with the Port of Athens, and even the Port of Alexandria, which Light-house used to be at that time one of the Seven Wonders of the World! A short drive brings us to the mysterious site of Beth She'arim, a vast area of Burial Caves, where in Roman times Jews from all over the world came to be buried near the tomb of the great Rabbi Yehuda Hanassi. After a short drive up Mt. Carmel, we reach the Druze Village Daliat el Carmel, where we will have a Druze-style lunch, hearing the story of this brave and unique people, who are Arabs, but still totally loyal to the State of Israel! Full of good food and stories, we drive down the mountain to visit Acco (Acre), where we will be able to walk underground through the astonishingly well-preserved streets and markets of the ancient Crusader City, yet another UNESCO World Heritage Site. Before the sun will set into the Sea, we will enjoy the view of the Haifa Bay and the Bahai Gardens, before we set course to the Carmel Forest, where we will spend the 2 following nights. Overnight at ISROTEL Carmel Forest Spa Resort

Day 4:
A day in Galilee, starting at the excavations of the Roman city Zippori (Sapphoris) – a rich city, where Jews and Romans learned to live in peace with each other, and where the Mishna, Judaism's basic Oral Teaching, was canonized by rabbi Yehuda Hanassi. Here, among many other findings, some huge, colorful Mosaic floors, depicting Landscapes and Mythological scenes were unearthed. At Magdala, by the Sea of Galilee, we will see the recent excavations that spread light over Jewish life by the Sea of Galilee in the times of Jesus. We will not want to miss the 1st Century Synagogue of Magdala, where definitely Jesus was preaching, and where today young Jewish boys celebrate their Bar Mitzva! Two other places worth visiting there are Capernaum, "The Town of Jesus" with Peter's House and the famous Synagogue, and the Church of the Multiplication in Tabgha, a 6th Century church, fully rebuilt by the German monks who keep the place. In the afternoon we drive up to Tzfat (safed), the spiritual city which winding, blue-painted alleys hide hundreds of legends and attract religious Jews and secular artists, all of them wanting to be inspired by this mystic Galilean air…
Overnight at  ISROTEL Carmel Forest Spa Resort

Day 5:
After a healthy breakfast, we drive up towards the Holy City of Jerusalem. We start our visit here with a Segway Tour from the Peace Forest and along the Haas Promenade. This enables us to enjoy a panoramic view of the city, but also have some fun! A short drive brings us to the Jaffa Gate, and a few more steps take us up on the Walls of Jerusalem. We walk on Jerusalem's ramparts from the Jaffa Gate to the Dung Gate, with a unique view over the Armenian Quarter and into the center of the New City of Jerusalem. Stepping down from the Ancient Wall, we head down to the "City of David", to experience the ancient water-system, built partly more than 3000 years ago! Entering Jerusalem's Old City we will not miss, of course, the famous Western (Wailing) Wall, a place of prayer and hope, where, already centuries ago, Jews came to utter their most intimate wishes in front of the Creator of the world. We continue, over the roofs of the Old City, viewing its 4 Quarters from above, and down to the Church of the Holy Sepulcher, Christianity's Holiest site, housing a variety of most holy chapels and sites that attract Christian pilgrims from all over the world. From here we walk back to the Jaffa Port and after a short drive we reach the ISROTEL Orient Hotel, where we shall spend the last 3 nights of this tour.
Overnight at  ISROTEL Orient Jerusalem

Day 6:
This day is dedicated to the New City of Jerusalem, which also has quite a few interesting sites to offer: We will start the day at the famous Menorah (Candelabra) situated in front of the Knesset, Israel's parliament, and symbolizing the Spirit of the People of Israel that was never defeated, even in the most difficult periods of its history. At the Israel Museum we visit the Model of Jerusalem at the 2nd Temple Period, as well as the "Shrine of the Book", an architectural masterpiece housing the famous "Dead Sea Scrolls", that contain the oldest copies of the Bible, dating back more than 2000 years! Then we drive to nearby Ein Karem, a picturesque village, where according to Christian tradition John the Baptist was born. Instead of having a traditional lunch, today we will have a culinary tour through Jerusalem's Machane Yehuda Market, tasting the different types of food that Jews brought to Jerusalem from all 4 corners  of the world, meeting the different people and hearing their stories and legends… After this we will keep strolling on foot through the conservative and religious neighborhoods Nachlaot and Mea Shearim nearby, learning about their special way of life.
Overnight at  ISROTEL Orient Jerusalem

Day 7:
A day by the Dead Sea, the deepest place on earth! We drive down to Ein Gedi, an Oasis and Nature Reserve, where 4 springs of fresh water flow through the desert and create a small paradise for animals and plants. We will walk quietly through the reserve to the waterfall, hoping to see a few of the many animals and birds that also enjoy this wonderful natural creation. A 10 min. drive along the shores of the Dead Sea brings us to Masada, a magnificent fortress, surrounded from all sides by high and steep cliffs, where less than a thousand Jews sought refuge during the 1st rebellion against the Romans, and fought them till Death. Their courageous spirit became a symbol of Jewish bravery for the modern State of Israel, and also this site was recognized by UNESCO as a World Heritage Site. We will have lunch and enjoy the facilities of one of the hotels by the Dead Sea, allowing us to enjoy this unique and healthy phenomena of the Dead Sea, nourishing our body and soul, before we head back to Jerusalem. Overnight at ISROTEL Orient Jerusalem

Day 8:
Transfer to the Airport for your flight back home.

Above tour operated on Private - Customized basis, for quotation kindly contact us by mail: info@ahalan.co.il or call 1-800-942-8046